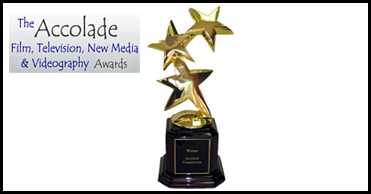 These are the second and third recognitions for Ice Neal’s hard work, and the whole SOOB team after the nomination for Best Foreign Film at SDBFF 2013.

I am literally on my knees, humbled by the great power of God, who is helping me all the way in this incredible journey. I could not do it without Him

The Accolade is unique; it is an awards competition, not a traditional film festival. Awards go to those filmmakers, television producers, videographers and new media creators who produce fresh, standout productions. It is a showcase for cinematic gems and unique voices.

The Accolade recognizes producers, established and emerging, who demonstrate exceptional achievement in craft and creativity. Undiscovered and first-time producers are often recognized.

Annually, a special award is given to a filmmaker, television producer, videographer or new media creator who makes a significant contribution to social change or a humanitarian effort.