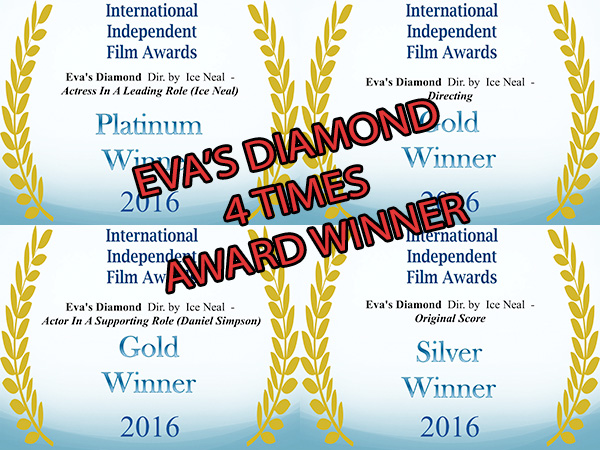 We were already flabbergasted when just a month ago we got the news Eva’s Diamond won 3 awards in one festival. But now we are even more excited to announce that Eva’s Diamond just won 4 awards at the International Independent Film Awards!!!

The International Independent Film Awards is dedicated to showcasing and celebrating the many talented independent filmmakers and artists from around the world who share their visions in a powerful, creative and entertaining way.

So congratulations to the following:

Ice Neal for the Platinum Award for Best Actress in a Leading Role.

Ice Neal  for the Gold Award for Directing.

Daniel Simpson  for the Gold Award for Actor in Supporting role.

Roby Meola  for the Silver Award for Original Score.