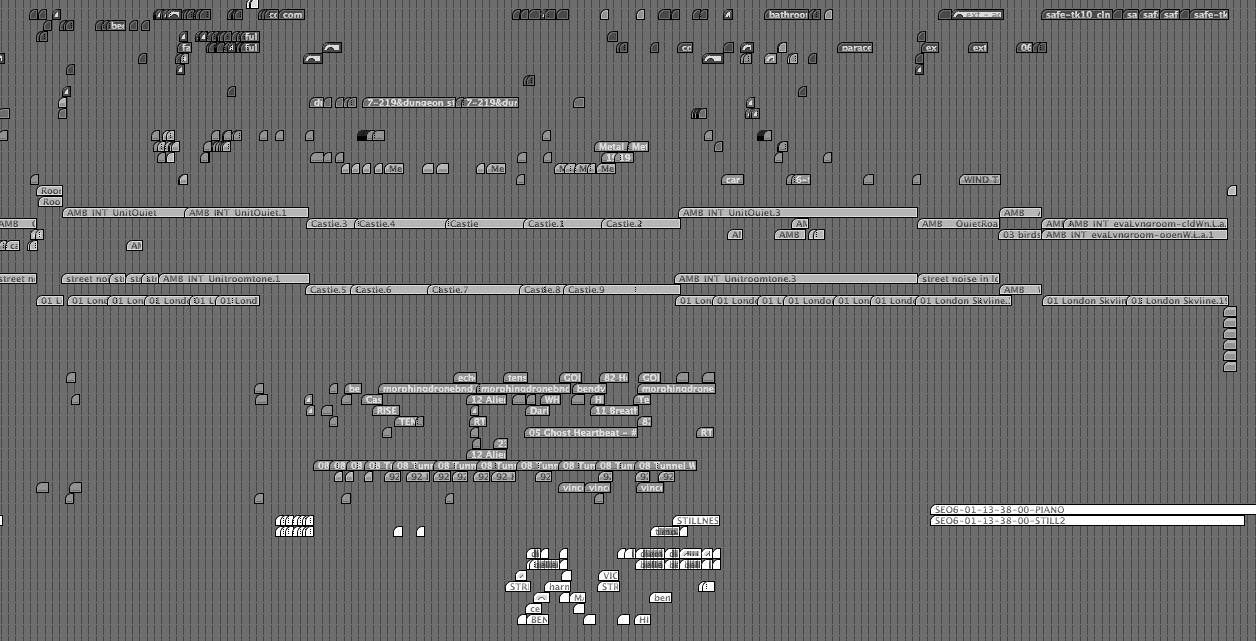 Every movie presents big challenges when it comes to Sound Design, even more when the movie has supernatural elements that have to coexist with real life sounds and moods.

The director, Ice Neal, has always stressed the importance to make the audience feel like all you see on the screen is real, that it could happen. The same way she opted for a more organic and raw way of shooting, stripped of all those fancy camera moves, cranes and dolly shots, she decided to adopt a very natural feel to the sound, with a real touch to it. Music does not intrude much in Eva’s Diamond, so the ambiences and sound moods had to be present all the time, but in a subtle way. In everyday scenes the atmos are more prominent, the reverb is very much there in the dialogues (even though it’s something that was added at the dubbing stage as all dialogues were recorded dry with radio mics). In the “magical” or “thrilling” scenes, the atmos leave the space to ethereal drones and voices (gently provided by Ice Neal herself). Straight from the very beginning the audience can feel all these elements bouncing back and forth and the overall film mood is soon established.

Keeping it in the organic realm, Ice decided to re-do most of the foleys in the Hollywood way, re-recording everything, from footsteps to clothes rustling, from movements to birds chirping and so on. But instead of using a foley studio, she preferred to record everything on location. So Roby and Ice went back to most of the locations and recorded each sound individually, for maximum emotional impact. Ice was re-enacting most of the performances that needed foleys, and the microphones were placed on each object and/or body part accordingly.

[blockquote color=’#584e59′ ]”One of the things that shocked me was Ice’s sheer determination in getting the real sound for the Head-Butt on the wall. We went to the actual location at night, when traffic was almost dead, and she insisted in “doing it for real”. At first she tried with a few “props”, hitting the bricks. Then she decided to start hitting the wall with her feet, legs, shoulders, arms. She also did it once banging her forehead on the concrete… but she could not do it twice 🙂 The same with her body-falls: she hit the ground repeatedly, in different positions. Thanks God I was very alert with my microphones and I achieved a good sound after a few attempts. But trust me, she would have continued until she got the best and most believable effect possible.”[/blockquote]

They also spent endless hours in recording ambiences, streets, park noises and various environments with surround microphones, as from the very beginning it was agreed that this movie would receive a full 5.1 surround treatment, for maximum entertainment. 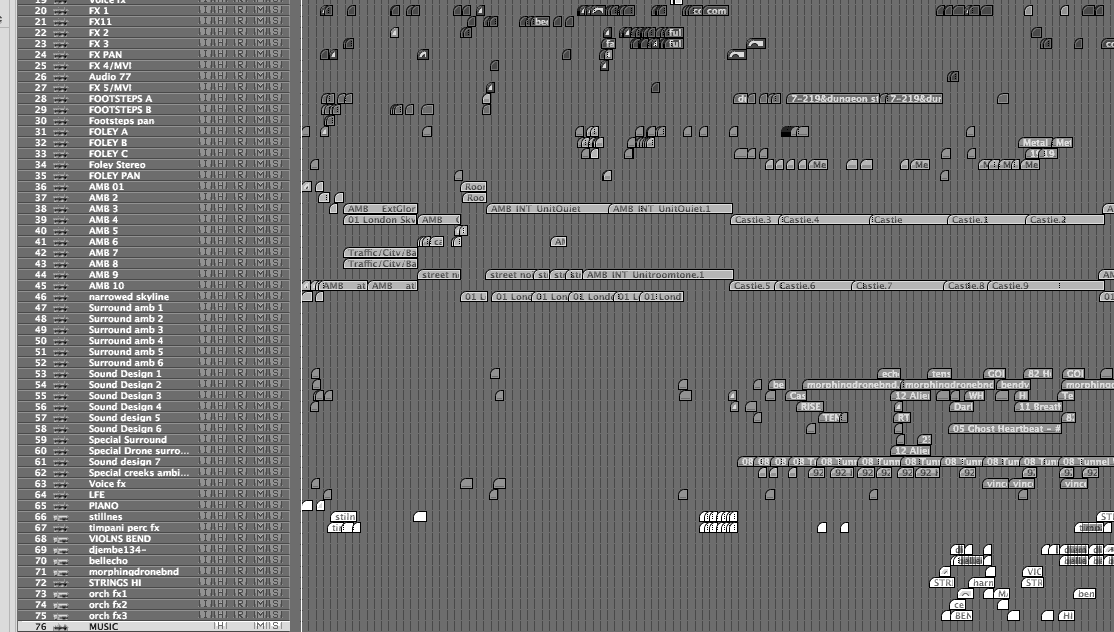 “More than 80 tracks of sound design were used in most of the sound challenging scenes. This on top of the many foleys and production fx tracks”

For some of the most unusual places of the movie, Ice wanted to have a mixture of real and unreal therefore some sound designed drones and impacts were added in a complementary way  to the actual real ambiences. Ice’s aim was to have a smooth transition between one and the other, so that the audience could not feel the change between real and unreal, but still could experience the mood of the scene. Some of the sounds came from commercial libraries, but the biggest part came from Roby’s personal sound arsenal,

[blockquote color=’#584e59′ ]”at that time I was producing a sample library (and still I am, but it’s almost done), a collection of my favorite “film sounds” designed by me, and I played Ice some. She jumped at the idea and asked me to use a few. Then it came naturally to continue to produce my own sounds for the movie and the commercial libraries sounds took a secondary place.”[/blockquote]